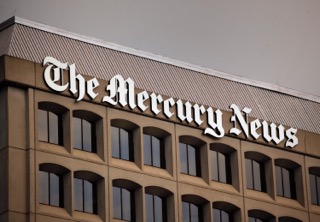 The Guild represents employees who work at the San Jose Mercury News in several departments, including editorial and advertising.
For seven years, we have proposed cost-of-living salary increases; each time, we’ve been denied. Instead, we agree to make sacrifices so the company has time and resources to build towards a stronger future — a willingness that has gotten us nowhere. And the cost of housing in the San Francisco Bay Area has soared.

Since July 2008, our compensation has declined 19 percent due to pay cuts, inflation and the loss of one week of vacation, according to an analysis.

For editorial employees at top scale, this is equivalent of losing more than $12,000 – every single year. And this does not include other out-of-pocket losses, which include rising health insurance contributions, discontinuation of the 401-K match and closure of the stock purchase plan.

Meanwhile, we have suffered substantial losses of staff, as many top colleagues quit to find better jobs elsewhere – and these vacancies remain unfilled, creating additional weekend, night and holiday work for those who remain.

Advertising has seen the greatest declines — from 188 to 41, a 78 percent reduction. But editorial is not far behind. As of January 1st, we have only 53 people in the newsroom, down from 168 in 2008.
Despite reduced pay and increased workloads, we strive to carry the Mercury News into a brighter future. As the company invests in a new digital landscape, we urge it also to also invest in its people.