Tough bargaining: An insider’s view of hedge funds and the news business 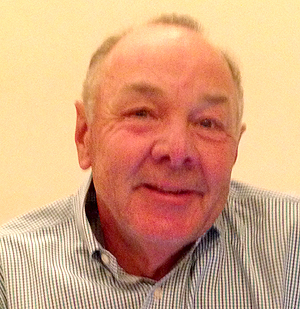 “Directly, (Alden’s) plan is not to destroy the product. But indirectly, they are in fact doing it.”

After more than 40 years making a living from newspapering — most notably as a publisher and chief executive officer of the Philadelphia Inquirer and Daily News — Robert J. Hall says he is completely out of the business.

“I’m just sitting here looking over the Intracoastal channel and the golf course,” Hall, 71, said when I called him recently at his home in Jupiter, Florida, where he can be found during the winter months.

But as anyone in this business knows, walking away from it isn’t easy.

Hall’s departure was no less reluctant. He first retired in December 2003 when he’d had enough of the changes at his papers’ then-venerable parent company, Knight Ridder. Three years later, the papers would sell to The McClatchy Co., which quickly flipped the Inquirer and Daily News to a team of local investors. The Internet was playing havoc with the double-digit profits the industry long took for granted.

“I was just fed up and ready to change,” Hall said. “I just decided it was a good time to get out and try something new.”

That meant serving on boards and teaching — until the clarion call of the newspapers lured him back in 2009. The circumstances were sickening. The owners of the two major metropolitan dailies Hall had long shepherded, and their website, Philly.com, had filed for bankruptcy.

Hall came in as a consultant to help the creditors, led by hedge fund operators Angelo Gordon & Co. and Alden Global Capital, work through the restructuring of $390 million in debt load. When the creditors succeeded in taking ownership at a subsequent auction, Hall agreed to return full-time as chief operating officer.

He served in that role, answering to Angelo Gordon, Alden and an board of directors for about 11/2 years until the papers and website were again sold to a trio of Philadelphia-area businessmen. They asked Hall to step in as CEO and publisher, which he did until 2014, when a bitter fight between the owners resulted in another sale and the departure of George Norcross, the owner whose operating strategy Hall favored.

Today, Hall is just a newspaper subscriber — Inquirer, Wall Street Journal and the weekend New York Times. He still keeps a home in the Philadelphia suburbs, where Digital First Media operates several newspapers and where Newspaper Guild members say they are long overdue for wage increases and other economic relief.

With the union’s upcoming negotiations in mind, I reached out to Hall for his insight on Alden, which owns most of Digital First Media, DFM’s president and CEO Steve Rossi, with whom he worked at Knight Ridder, and the industry in general.

The following are highlights from our hour-long conversation, with edits for brevity.

Q: How would you describe Alden’s interests in the Philadelphia newspapers?

A: To make as many changes as possible, reduce costs in order to try to sell. I don’t think there was any interest in journalistic quality.

Q: What did you understand were your operating priorities under Angelo/Alden at the Philadelphia newspapers?

A: There was substantial pressure on cost reduction and profit. We also knew there was going to be a sale sometime.

Q: Did you feel you were hurting the papers with those cuts? (Editor’s note: Reductions included buyouts, no raises and unpaid furloughs.)

A: There were certain times that I clearly felt the cuts were hurting the papers. Other times not. One of the objectives was to make the cuts in areas of the paper with the least impact. There were some we really argued over. Where can you have the staffing reductions that have the least impact on the quality of the papers? That was a juggling act. And the Guild always interfered with their plans.

“Readers are very particular and can see quality going down and they drift away.”

Q: How did you feel about making those cuts?

A: It’s never pleasant to make reductions. You can cut out supplies but when you directly affect people, that’s always different. They have lives, you’re impacting that greatly. Sometimes when you’re in the management position you have to make those decisions.

Q: Should the Alden group have given more consideration to journalism quality?

Back in the day: newspaperman Hall

Q: Did you admire anything about the Alden business plan for newspapers?

A: Their business plan is a business plan for a hedge fund: How do they make money out of investments they get into? I don’t think they really cared at all about the internal operations. It’s really how do they generate more money? That’s their business. They’re not into running companies or getting involved in the essence of the company. They’re just really looking at numbers.

Q: What did you make of Alden’s decision to invest more in Journal Register after its bankruptcy?

A: They had a pretty good investment in Journal Register before that. The way I saw it as an outsider, it looked like they were going to invest more trying to protect their original investment, and probably make cuts and sell it. What they have done so far sort of fits the same mode with the whole Digital First (involvement).

Q: Do you agree with (media analyst) Ken Doctor’s description of Alden as slowly “destroying the product?”

A: I have a lot of respect for Ken. Directly, their plan is not to destroy the product. But indirectly, they are in fact doing it.

“Compensation to people, that’s their life. A long period of time without a wage increase is detrimental to people.”

Q: Do you think 10 years without a pay raise is reasonable for those in the industry?

A: The newspaper industry has really gone through some really tough times because of advertising revenue loss and readership loss and the pressure from other competition. There’s a lot of competition out there for newspaper readership and for newspaper advertising. The industry itself has had to make a lot of cuts. The smarter ones are probably trying to build around those cuts. Some are trying to build other avenues of distribution.

In terms of people going without increases, philosophically I think that’s wrong. I think a wage freeze should be for a short period of time. It affects the people, the morale. You should be finding ways to minimize that. Compensation to people, that’s their life. A long period of time without a wage increase is detrimental to people.

Q: What’s the answer to turning around the industry revenue loss?

A: If I really knew the answer, I’d probably come back as a newspaper consultant and make a lot of money. You have to give the reader and the advertiser what they want and what they need. Let’s talk about the reader. They want certain information where, how, when they want it. Any type of news company should be focusing on ‘How do I deliver what they want?’

From an advertising standpoint, you’ve got to deliver to the advertiser the customer they want. You can’t sell advertising for Rolex watches in a newspaper that 50 percent of its readers may be senior citizens. You have to focus on what audience you’re building. You have to change some of your sales methods. Newspapers are not the mass medium they once were.

The Internet is even more targeted. You have to be essential in real niche targets.

Q: How would you describe Steve Rossi? (Hall worked with him at Knight Ridder in a number of capacities.)

Q: Later, as the head of Knight Ridder’s large newspapers and then as president of its newspaper division?

A: He was very focused on profit growth and cost containment.

Q: What are his best attributes?

A: He was a very good financial person. He was a disciplined manager. He had some clear visions on how to grow a company, reaching more audiences in different ways.

Q: What were his weaknesses?

Q: Was it wise of him to tell DFM employees in March “our revenue performance is at the top of the industry?”

A: There were probably a lot of factors that went into making that announcement, probably a lot of outside pressure. Is that trying to set it up for a sale? I don’t know. That’s a PR letter. When you’re doing PR, you’re going to put out the most favorable comments and ignore the most negative. I don’t think it was intended or as much of a direct insult as it appeared to be. That was not a message to the employees. That was a PR piece.

A: I don’t know if I can answer that. I would guess you would expect a difficult environment. That is just the industry right now. Almost every day you read about a layoff or cutback. I would think any reasonable person would expect difficult bargaining.

Q: Should DFM’s goal be to find a way to give employees a raise this time around?

A: If  I was advising them, I would say you’ve got to really look hard as to how you are going to achieve cost and profit targets at the same time maximizing what you are getting from your people and how they feel about the company. If the whole objective is reducing cost regardless of the impact, that’s going to be really tough bargaining.

Q: In your opinion, is there a future on which employees at Digital First can build families and careers?

Q: Do you miss the business?

A: I guess I miss the mental challenge every day of trying to solve the problems of business. But I’m very happy in total retirement.

Q: What are you most relieved to not have to be dealing with?

A: I think probably dealing with the decline/closure/consolidation of the business of newspapers. That’s probably the number one issue facing newspaper companies — how are you going to be consolidating and still be effective? That goes back to people and quality of product. I’m not sure I want to be sitting in the chair facing all that. I’d rather be working on my golf swing.

Q: Are you at all embarrassed to have worked on behalf of Alden carrying out their cuts?

A: No, not at all. I helped them through bankruptcy for a reason, to help try to save the papers, which we did. I don’t think we made any real harmful decision that was directed by any of the owners that I really regret. It’s very difficult bargaining coming out of bankruptcy. That was very tough bargaining, but it got us to where the company needed to be.

Q: Should Digital First employees see anything positive about Alden owning them?

A: The one big difference between now with Alden versus Philadelphia Media, they’re pretty much the sole owner, they’re pretty much calling all the shots. Based on their track record, their business model going forward is going to be very focused on increasing profits through cuts. Maybe there’s a new owner that comes in when they flip it and can have a different outlook on things. The caution is newspaper profitability is being challenged every single day. Digital First has some pretty good markets for newspapers. Quite possibly Alden is not a long-term owner. Short term, it’s going to be tough bargaining.

Diane Mastrull is a business writer at the Philadelphia Inquirer and a unit chair Local 10 at the Newspaper Guild of Greater Philadelphia. She can be reached at dimastrull@gmail.com.