When billionaire Randall Smith bought a $3.6 million mansion at 341 Hibiscus Avenue in Palm Beach County, the ownership papers traced back to a prestigious address in midtown Manhattan: Suite 1940 at 885 Third Avenue, better known as the Lipstick Building.

Suite 1940 has served as the real estate command center for Smith’s Alden Global Capital, a so-called “vulture hedge fund” that specializes in buying distressed newspapers, then stripping them of assets and staff to make the deals pay off.

That’s been Alden’s strategy as the owner of Digital First Media, a chain ranked third in the nation in number of papers, second in circulation — and first, by most accounts, in terms of the damage being done by Wall Street bottom feeders.

Now, as the wreckage of Smith’s strategy piles up in the Bay Area, Denver and other DFM newspaper locations, a review of public records suggests he is also using the company to mingle his personal real estate holdings with newspaper assets.

Although not illegal, the pattern of buying and selling raises new questions about Alden’s stewardship of some of the America’s top news organizations, especially at a time of rapid technological change that promises to leave print journalism in the dust without re-investment.

The paper trails lead to Suite 1940, where Smith’s hedge fund has been steadily selling off the buildings, land and printing plants of the newspapers it acquired when it became the owner of Digital First Media.

A shadowy firm called Twenty Lake, closely linked to Alden, has been handling the newspaper asset sales. Delaware corporation records show Twenty Lake was established in 2013, a couple of years after Alden’s sell-off of DFM newspaper assets began, but in time to handle the bulk of the sales.

Like Randall Smith and Alden, Twenty Lake shuns the limelight. DFMworkers.org has previously reported on Twenty Lake, and that story linked to a page on Twenty Lake’s website listing DFM newspaper assets for sale.

After the story ran, Twenty Lake blocked the listings from public view.

But its subsidiary, Praxis Properties (ironically, housed in the former Main Line Times building in Ardmore, Pennsylvania) still shows once-grand newspaper plants for sale on its website, and until this week featured the former San Jose Mercury News building on its home page, a sprawling example of mid-century design.

Seeing newsrooms across the country squeeze into smaller quarters while losing their offices has been a painful spectacle. After all, for most local papers, their buildings and the land they sat on made up a large part of the financial security their owners could always fall back on in hard times.

But beyond that tragedy, there’s a curious twist to these Twenty Lake sales. It started back in 2013, when Alden’s founder Randall Smith and his wife began buying up more than $50 million worth of Palm Beach mansions. The empire includes 16 estates, not counting one Smith and his wife live in, or a Southampton megamansion purchased separately.

Deeds show that at least three of those 16 mansions were bought by limited liability companies located in the same Manhattan office — Suite 1940 —as Twenty Lake, the firm selling off DFM newspapers’ real estate. The others used a Post Office box next door to the Lipstick Building. All of the Florida deeds are owned by LLCs whose documents are signed by Kalman Vidomlanski, who lists himself on LinkedIn as Alden’s tax director.

Luxury residential real estate is not Alden’s usual area of interest. The hedge fund’s latest brochure to potential investors describes its specialty as finding value in the detritus of corporate America:

The co-mingling of distressed newspaper holdings and high-end residential properties turns out to be typical of Smith’s freewheeling management style and opaque multi-layered financing structures. Over the years, public records show, he has controlled a maze of business entities owned by other entities that are owned by still more entities — or by Smith’s relatives.

Alden handles funds worth more than $2 billion, but hasn’t always been successful. Most recently, the firm’s investment in the Fred’s Pharmacy chain lost more than $100 million in value. Share prices have continued to drop since Alden president Heath Freeman and Digitial First Media executive Steve Rossi — a lifetime newspaperman — joined Fred’s board.

That track record helps fuel concerns about Alden’s role in the news industry.

Penelope Muse Abernathy at the University of North Carolina’s Center for Innovation & Sustainability in Local Media has been researching the effects of hedge fund ownership on newspapers and has compiled a database showing which communities are affected across the country. Today, she says, six of the top 10 newspaper chains are owned by investment firms, including DFM. 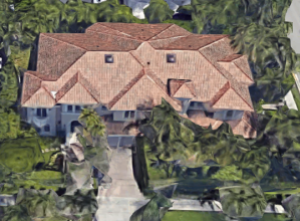 When these firms took over the newspaper industry, she said, it affected news operations in a profound way. “You began to get the hedge funds telling management what to do to get the best returns for their shareholders,” she said. Journalistic concerns were no longer part of the picture. The result has been entire towns that have lost coverage, and many more with diminished coverage.

News industry analyst Ken Doctor says Alden may be close to maximizing the profits it can wrangle from DFM. “It could be that we’re at an inflection point of cutting so much,” he said. “People figure that they have made so much money that it doesn’t matter.”

But not all the Wall Street firms operate with the same playbook.

Alden Global Capital stands out, observers say, for the manner in which it blends big investment deals with the buildup of a personal fiefdom. In effect, DFM’s newspaper assets have been sold off and — directly or indirectly — used to finance the private real estate acquisitions of Smith and allies.

Alden bought the Orange County Register last year, prompting DFM managers to step up their consolidation of news production in Southern California. Copy editors were laid off or transferred. The newspaper’s building and land were sold almost immediately.

Who handled the deal? The folks in Suite 1940, of course.