‘Irresponsible stewardship’ of a prize-winning paper 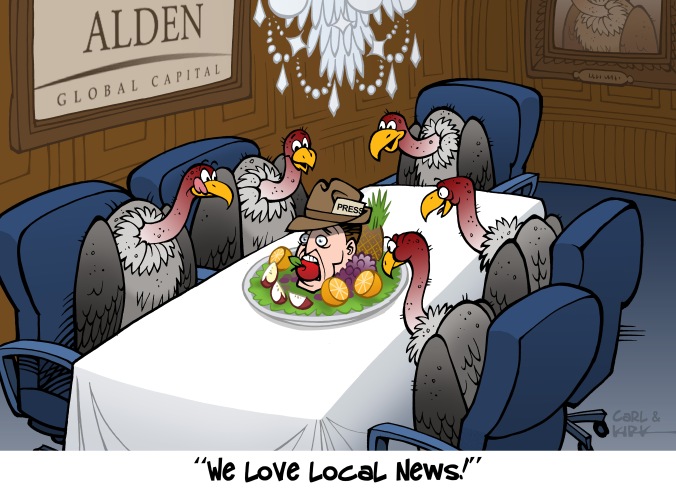 Journalists at competing newspapers sometimes referred to them as Merc Jerks. But that was only because of the ease of the rhyme.

The reporters, photographers and copy editors at The Mercury in Pottstown, Pa., were no jerks. They were kickass gems.

In the Philadelphia suburbs, this paper based in a small town nearly an hour outside Philadelphia was unrelenting, authoritative and often unbeatable.

Pulitzer Prizes aren’t expected at papers of such modest size in such remote places. And yet this one had nabbed journalism’s coveted award in 1979 with the spot news photography of the remarkable Tom J. Kelly III. His “Tragedy on Sanatoga Road” captured the chilling scene in May 1978 of bloodied, shirtless Richard Greist running from his home after stabbing his pregnant wife and unborn son to death and injuring two daughters and a grandmother.

A little more than 10 years later, I was working for Calkins Newspapers covering the Montgomery County Courthouse and the county government administration when the opportunity came to do the same job at The Mercury. I leapt at it. Not only did I want to be part of its journalism greatness, I wanted to benefit from its union affiliation.

That lateral job move — from the nonunion Calkins chain to The Mercury, represented by the Newspaper Guild of Greater Philadelphia — meant my annual salary increased overnight by $5,000.

The Mercury magic continued: The paper again was awarded the Pulitzer Prize in 1990. This time, it was for the forceful, well-researched, passionate editorials by another Tom — Hylton, who produced a series of advocacy pieces urging protection of farmland and open space. With his words, Tom Hylton, who rarely did not sport a bow tie and always chose milk over alcohol, turned The Mercury into a must-read for the anti-sprawl movement, not only in the Philadelphia region but statewide and beyond. His counsel was widely sought on fighting sprawl and saving cities and small towns like Pottstown, where he lived on tree-lined Chestnut Street, a one-block walk to the paper’s offices. 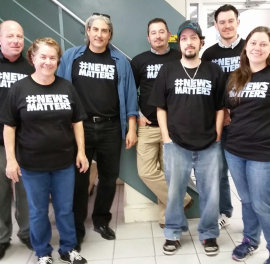 The Mercury embraced the role of truth-teller and crusader. It generously handed out bonuses for landing tough-to-get interviews, and unhesitatingly sent us out of town to bring different meaningful perspectives to our region on important topics, such as regional police forces.

So it is with dismay that I’ve watched from my dual perch now as a business writer at the Philadelphia Inquirer and an officer of the Newspaper Guild of Greater Philadelphia how subsequent owners have come to value pocketing profits over passing it on to my brothers and sisters at The Mercury, who continue to commit themselves to producing impactful journalism.

What has been the bottom-line translation to the working journalists there?

No pay raises in close to 10 years.

Loss of a defined benefit pension plan, as part of a Chapter 11 bankruptcy.

Increased responsibility for health care costs, with employees paying 40 percent of the premium.

It’s the kind of irresponsible stewardship that Hylton would rail against. But in this case, it’s not cropland and suburban vistas that are being inadequately appreciated. It’s people — with families to support and important roles to play as advocates for society’s disadvantaged and exposers of corrupt politicians and wasteful bureaucrats. It’s visual masters with cameras and quick reflexes who capture criminals in flight — and win awards that turn a well-deserved spotlight on a newspaper that has always refused to be lost in the shadows of bigger, better-financed competitors in the region.

Although I’m now at one of those competitors, I’m still a member of the union that represents many Mercury journalists and affiliated departments. As such, I stand in solidarity with them in lobbying for the return of the kind of respect and compensation the newspaper once showed its staff.

A Merc Jerk? Damn right I was. And proud of it.

Diane Mastrull is a business writer at the Philadelphia Inquirer and Unit Chair of Local-10 of the Newspaper Guild of Greater Philadelphia.